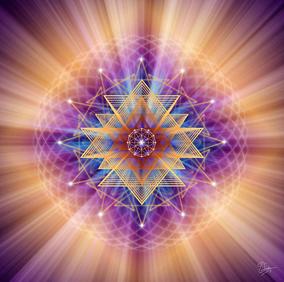 The temperatures may be cooling down in this Fall season, but October is filled with fireworks.

I don’t know about you but this Mercury retrograde period that started on September 10th has been another fun ride.

Everything from my computer delays from updated downloads from windows, a person opening their car door and giving my car its first small dent, bank account going into the red even thou I had enough funds and people making comments to me that were weird.

It was the signs of Libra and Virgo that got most of the communication breakdowns and the need to slow down and smell the roses. Mercury stations direct on October 2nd at 24 degrees of Virgo and moves back into the sign of Libra from October 11th till the 30th.

If you have Sun, Moon, rising and other planets in Virgo, you may be feeling much better as Mercury moves forward. More organized and less scattered and ready to really delve deeply into schoolwork or work on the job.

Libra on the other hand starting on October 11th will finish off this month letting anyone know that they are ready to change their approach to relationships. They take on new friends they met during the retrograde period and leave behind relationships that are not working anymore.

We have had several planets in retrograde motion over the last month or so and many clients are saying they feel imprisoned by their current situations. This starts to change as Mercury stations direct on October 2nd as well as Pluto stationing direct on October 8th, a day before the full Moon in Aries.

This is good news for the signs of Virgo, Libra, Capricorn, and Aries.

The full Moon on October 9th is in the sign of Aries at 16 degrees (4:55PM EDT). Aries is the warrior of the Zodiac and acts with courage. If you have Sun, Moon, rising or planets in Aries, you are moving ahead with new opportunities to advance in your work or working hard on your athletic abilities at school.

This full Moon chart has one Yod and 2 T-Squares. At the center of the T-squares is Mars and Neptune. Mars in the fourth house is about the real estate market slowing down which has been on high speed over the last several years.

Also, the mutable signs of Pisces, Gemini, Virgo and Sagittarius are looking to change jobs or wanting a new position at a job they are presently working.

The war in Ukraine is trying to find an end with this Aries full Moon as full Moon’s represent completions. The Yod (Finger of God) the Sun in Libra quincunx to Uranus at the eye of the Yod shows stress and confusion.

Look to this time for intense fighting from October 1st to the 9th between Russia and Ukraine. All political leaders involved with legal issues or war crimes could be in trouble with the international community, NATO from October 9th till October 25th.

With Vladimir Putin’s progressed Mars conjunct his North Node and opposing his South Node started to septate around the end of August and I predict his actions will come back to haunt him over the next 6 weeks and he may lose his life. Time is running out for him.

Pluto stationing direct and moving back to the last U.S.A return on December 28, 2022, is about to move forward with the nuclear plant/ weapons issues.

Pluto will station direct at 26.6 degrees, so it is close enough to start issues I have spoken about on my website as well as the past monthly columns. Pluto is making its last U.S.A return and wrapping up its stay in Capricorn.

That means, staring on October 8th, when Pluto stations direct, till Pluto can move at least one degree away from the U.S. A’s return, is showing the financial climate being intense and the cost of war in question as well as all the issues surrounding Pluto for America.

Pluto will not be out of this energy for America till it gets one degree away from its original position at 27.33. That will be on January 28, 2023, with the most intense energy around December 28th, 2022.

An intense time for America and tight security around political leaders is advised. Financial market will continue to show signs of recession.

Happy Birthday to those born under the transformational and sensitive sign of Scorpio. 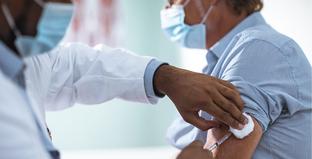 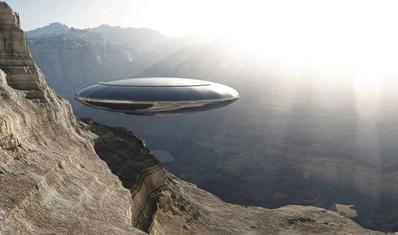 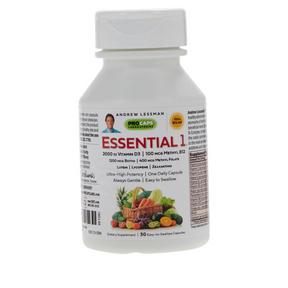 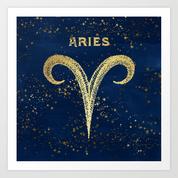 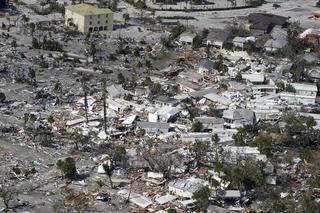 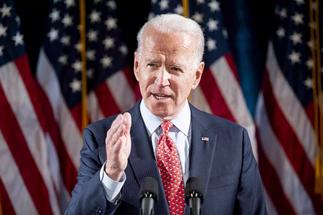 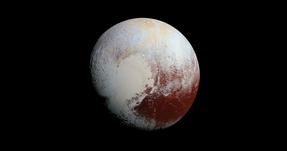 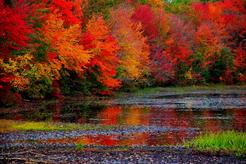 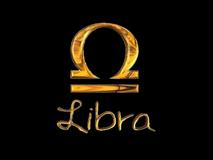 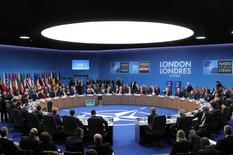 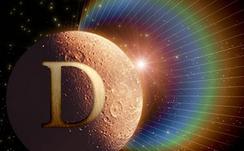 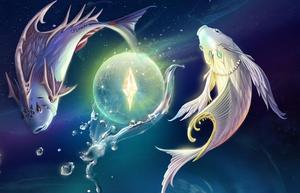 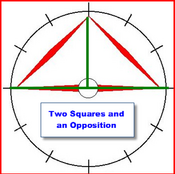 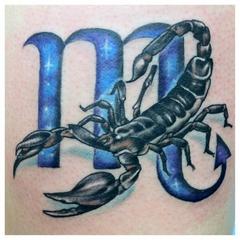 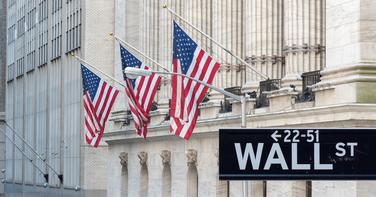 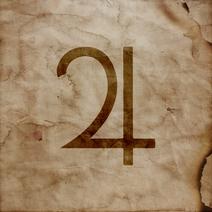 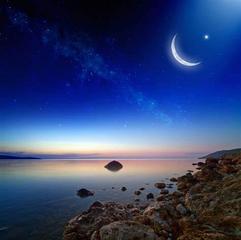 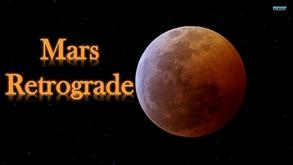 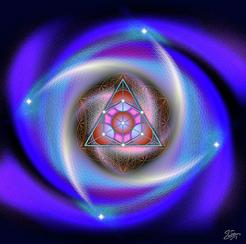 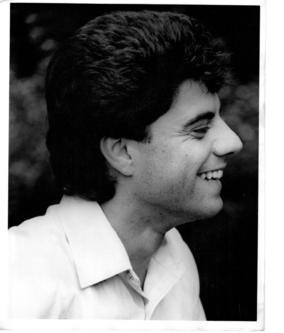 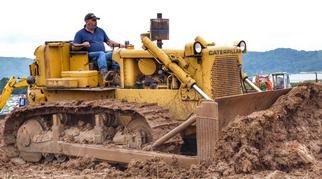 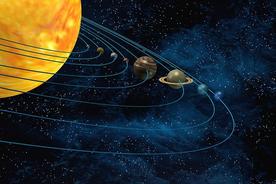 " Inner Grace Meditation" is about divine grace. Divine grace is not something you look for or try to make happen. You have the intention to close your eyes and start to withdraw from your environment and let the laws of gravity gracefully take you to the bliss that is deep down inside of you. Deep rest, deeper than deep sleep, allows stress to leave you. The gift of divine grace or divine judgment is an automatic by product of letting go and NOT CONCENTRATING so much. Simplicity.

Create a space in the thought process via sound “Mantra” and the gift of grace melts tensions away so you’re ready for the world.

And, when the world takes too much of you, you just go back to that quiet space between thoughts. The kind of space that is unbounded. Without any judgments. The space of divine grace that guides you in your life. A gift that you didn't consciously ask for, but it showed up in moments all on its own. Without trying and concentrating.” 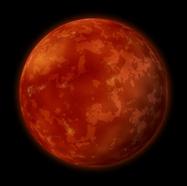 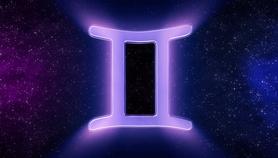 The new Moon solar eclipse in Scorpio packs a powerful new beginning for those with Sun, Moon, rising or planets in Scorpio. Whatever issues that are ruled by Scorpio in your chart want to come alive and not be stagnant anymore.

Now we have Mercury, Pluto, and Saturn in direct motion on this eclipse new Moon.

The new Moon solar eclipse is at 2 degrees (6:49AM). This new Moon chart has 5 T-squares in it. The fixed signs of Taurus, Leo, Scorpio, and Aquarius as well as the Cardinal signs of Cancer and Capricorn will go through intense internal changes.

Like a bulldozer that plows through and renovates any structures in its way, these signs are ready to REBUILD their lives. To let go of old things that don’t work anymore. Let go is the lesson. Be released from situations that make you feel imprisoned. Maybe this is the time prisoners are released by Russia.

It’s political show time as the midterms are close by after the new Moon solar eclipse and the full Moon lunar eclipse in Taurus is on November 8th, the day of the election. More on this in my November column.

Pisces is given a last chance to expand and move forward in their lives. If you’re a Pisces and thinking of publishing a book online or creating some wonderful music via song writing this is a wonderful time to finish any unfinished works. Even writing a play or score for a movie.

Mercury will move into Scorpio on October 29th and deepen the already deep waters of Scorpio the detective. Scorpio’s psychic abilities are amplified to say the least with so much planetary activity surrounding this transformational sign. Huge changes are here if you have Sun, Moon, rising or planets in Scorpio that started October 23rd and will continue till the middle of November.

President Biden is a Scorpio so he will be going through lots of pressure in his party to bring the party together by voting day for the midterms. The main concern is his health. The financial situations around the economy will be up front and center since the eclipse opposes his Natal Moon in Taurus. It is conjunct the part of fortune, so he does land on his feet.

I’m ending this column with so many attentions in the astrological communities about Mars stationing retrograde on October 30th at 25 degrees of Gemini. If you have Sun, Moon, rising or planets in Gemini or in the mutable signs, Virgo, Sagittarius, and Pisces as well, this is a time to assess your patience.

Normally Mars takes around 2 months to move through a sign. This retrograde period keeps Mars in the sign of Gemini from October 30th, 2022, till March 25, 2023. Learning to be patient and not rush around so you don’t get into a physical accident. Slow down Gemini, Virgo, Sagittarius, and Pisces.

Mars moves the physical world forward but when in retrograde it can create physical delays. Breathing techniques are necessary for the mutable signs when they feel as if things are not moving fast enough in the objective world of materialism.

The news media will be spinning all kinds of information dealing with violence. Nerves will be tense and let’s pray the gun violence anywhere can stop polluting our culture, especially the children and teens at schools across America.

Secrets about what is really going on with vaccinations and how it is affecting the work environment will be a hot topic since so many workers in N.Y. and other cities across America are mandated to get the vaccines or be fired at their job.

Whatever you can do during this time to strengthen the immune system such as losing weight, yoga/meditation, breathing techniques, nutritional supplements like Andrew Lessman of ProCaps on HSN, this is the time to take advantage of cleaning up your health issues or maintaining your health.

The hurricane season was delayed and now we are seeing hurricanes acting up such as the latest in Puerto Rico, Japan and now Florida. The waters have been heated up this past summer so the Mars retrograde can produce an active hurricane environment at a much later peak time than normal.

So, put your seat belt on and let’s get through October with ease and grace.

I am announcing the release of my e-book, “Full Moon Messages from the Pleiadean’s.” This e-book explains the new model of life for planet Earth via U.F.O. contact and gives specifics about the new ways of romance, economics, spiritual practices, innovative technologies and so much more.

This is the 2nd edition as I released my first edition in 2009. Lots of updated information and dates.

So, prepare yourself as Pluto will move into Aquarius in March of 2023 and start a huge transformation in the “Preparation Phase” 2024 to 2044.

Lou Valentino has been giving astrology readings for over 30 years in both Western and Vedic. Call him at 860-574-9467 to set up appointment or ask questions regarding his services.